Some of the cattle we have owned that were influential in our breeding program...

We sold 1/2 shares of this great bull to Gary & Nancy Kiziak (Codiak Acres) in 2012, they had some outstanding cattle from his progeny including his son, Codiak Layne GNK 56A, our herdsire. 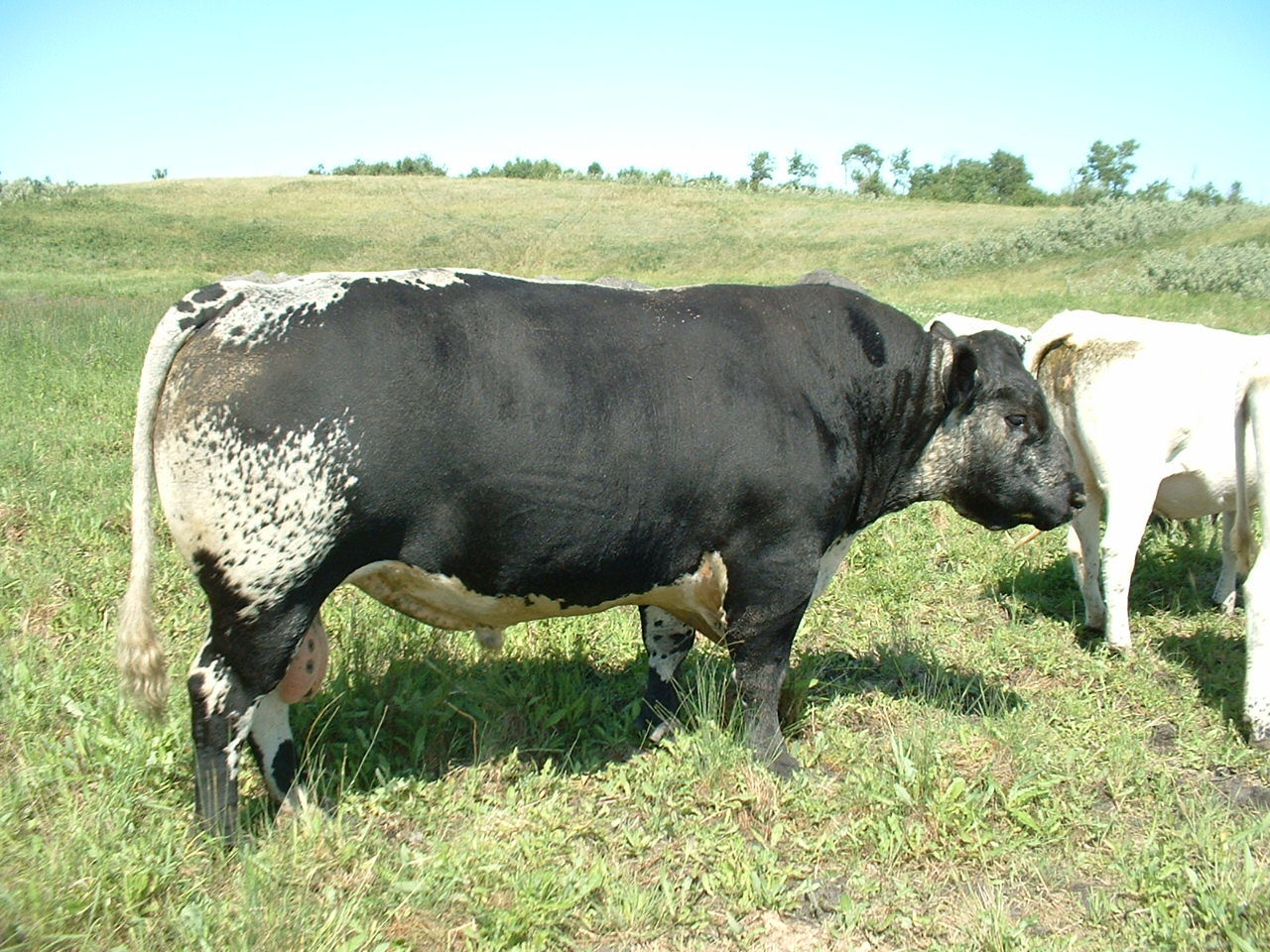 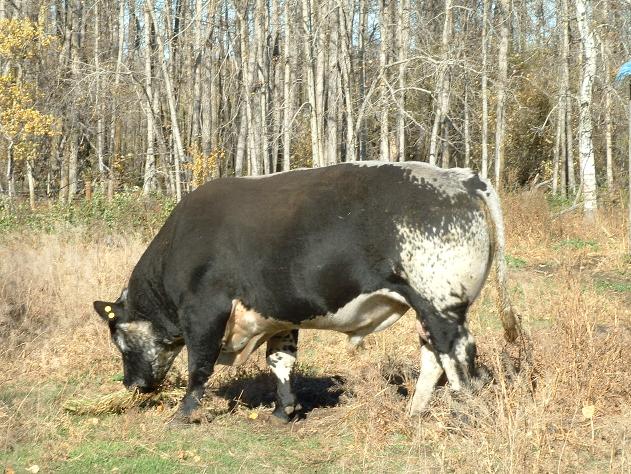 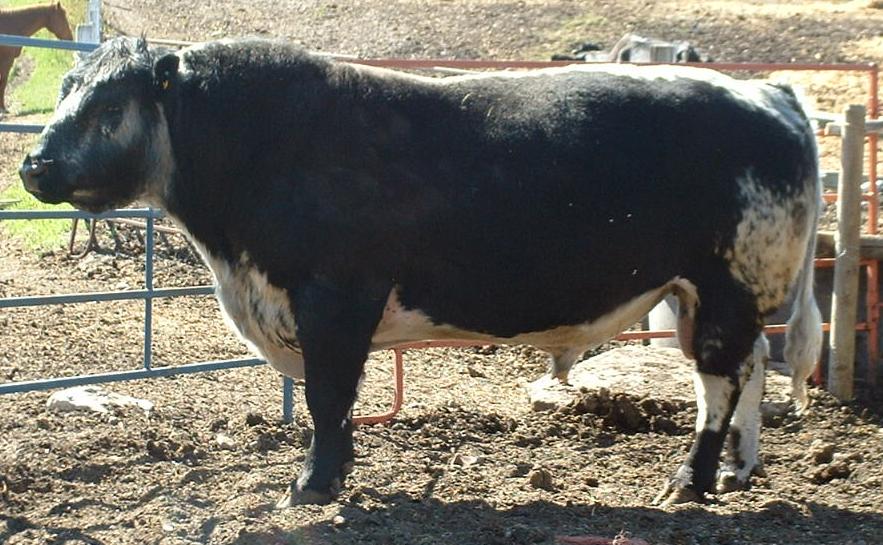 "Nick" was a very nice bull with great length, depth, awesome top line and a good loin. He goes back to PAR Jagr 68J, Calamasue 10R on his paternal side, PAR New Design 93D and Spots N Sprouts genetics on his maternal side.  His dam was a show cow that had a successful show career.  His sire was a very impressive bull out of the legendary P.A.R Touchdown 600T. 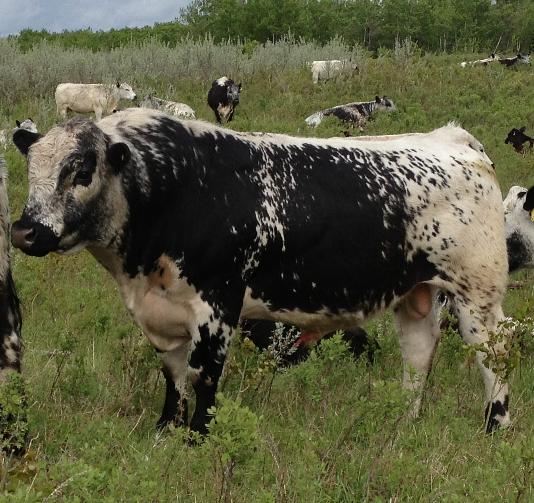 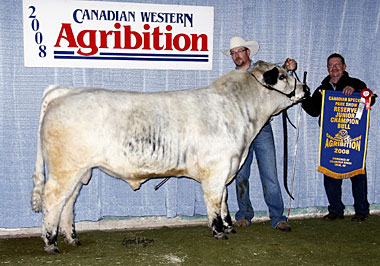 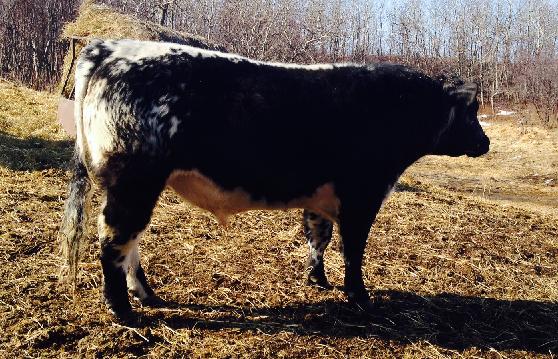 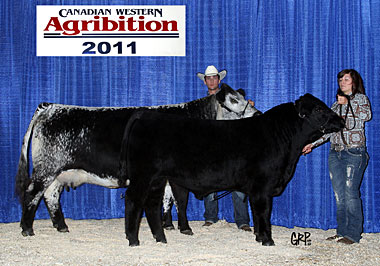 Notta Showoff 64S  (Urban Cowboy's sire) was the sire of Grand Champion Carcass at the Calgary Stampede Carcass Competition 2010.  He is a full brother to Notta Romeo 64R, who won Grand Champion Bull in 2007 at the Lloydminster Stockade and Canadian Western Agribition.

We also had Uneeda Walter 21W and have progeny off of him.  He is sired by PAR Papa Razzi 6P and his dam was Prairie Hill Millie 21M, the great matriarch dam.  He has thrown some very impressive progeny including the SECOND HIGHEST SELLING SPECKLE PARK BULL IN THE WORLD- Uneeda Zapper 13Z who won Grand Champion Bull at Canadian Western Agribition 2013, and Reserve Grand Champion Senior Bull at Agribition in 2014! 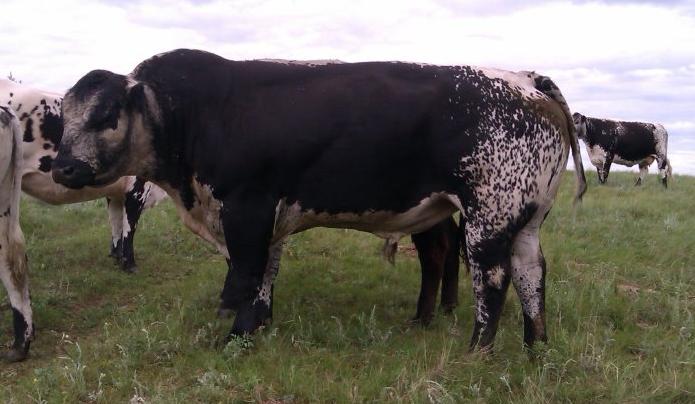 We retained a few of his daughters, both registered and commercial, in our herd.

Her bloodlines include: Emma's Pedigree

Emma was part of the CSPA herd for many years and was our very first registered Speckle Park!  We have two of her daughters in our herd to carry her great traits onward. 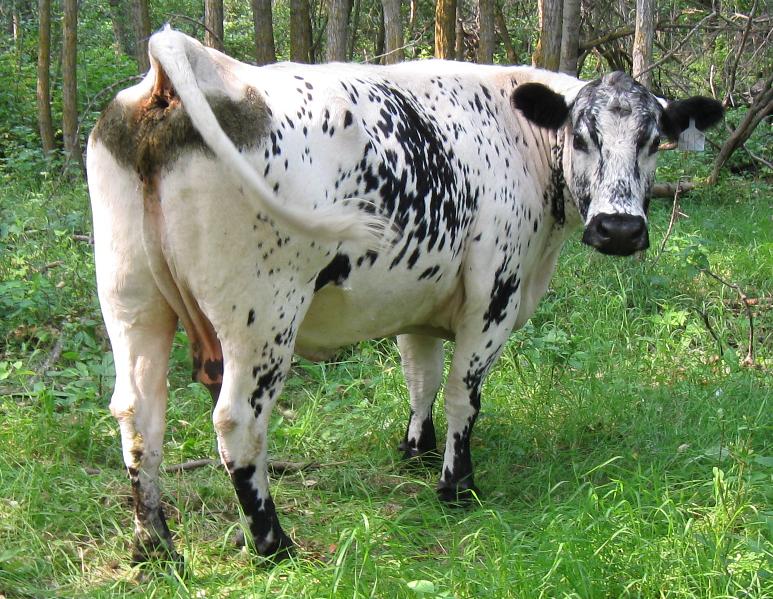 Wildwood Kara 4K has been used in the donor program for Australia and Ireland.  She has some amazing progeny in Canada and other countries. Kara had a beautiful heifer calf off Codiak Trump in 2014, her last calf "Matters Ballerina 26B".

Her bloodlines include:  Jane's Pedigree 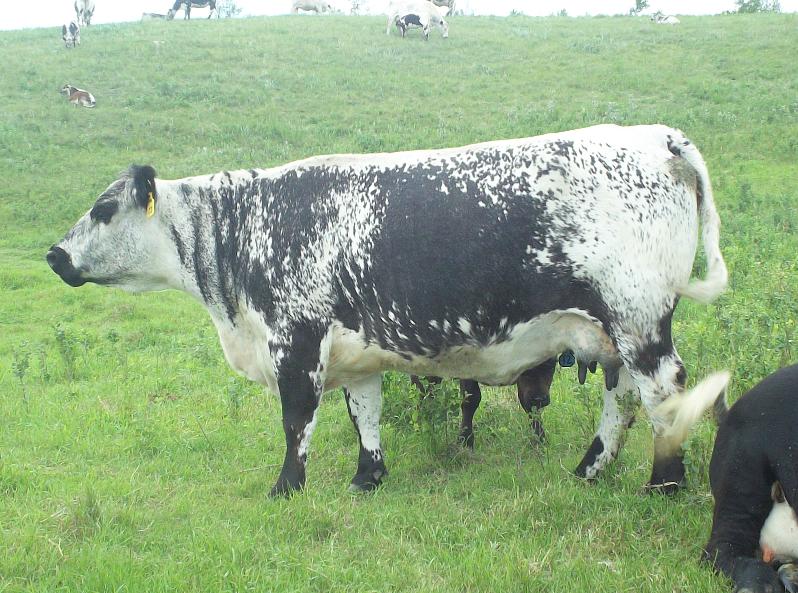 Jane has a number of females and bulls that are in breeding programs in Canada, we have retained some of her females in our herd too.

Her Bloodlines include:  Klipso's Pedigree 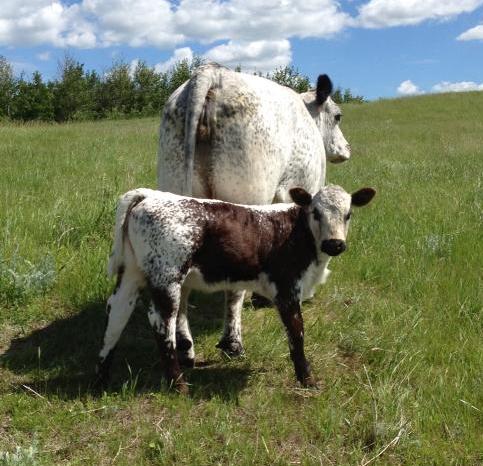 Codiak Klipso has been DNA'd for Australia and flushed.  She has six top notch (high selling) registered calves in Canada.  She has two beautiful speckled heifers named Matters Bluebell and Ter-Mel Katelyn 31D that we had kept.

Her bloodlines include:  2T Pedigree 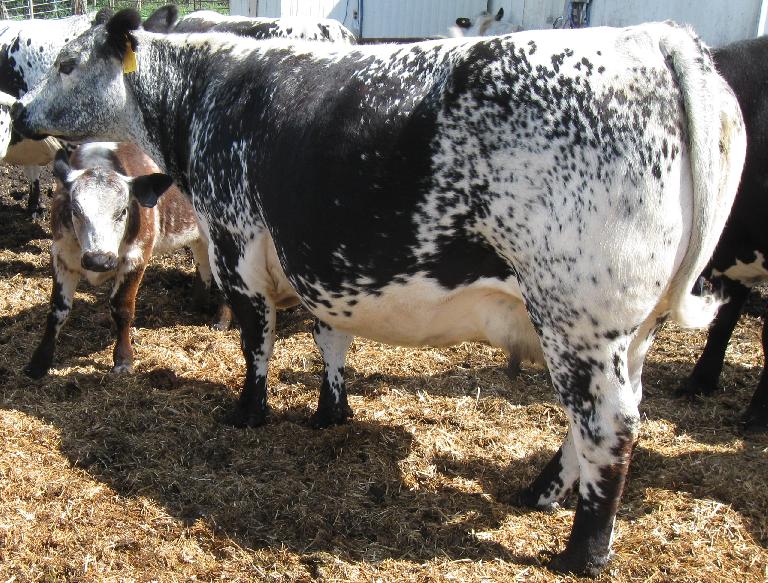 2T has had six registered calves so far.  See "Juliet" and "Black Lace Matters"  .  Her bull, "Matters Zachary" is a very nice herdsire working in central AB. 2T was sold to Lehr Ranching.

Her Bloodlines Include: Lacy's Pedigree 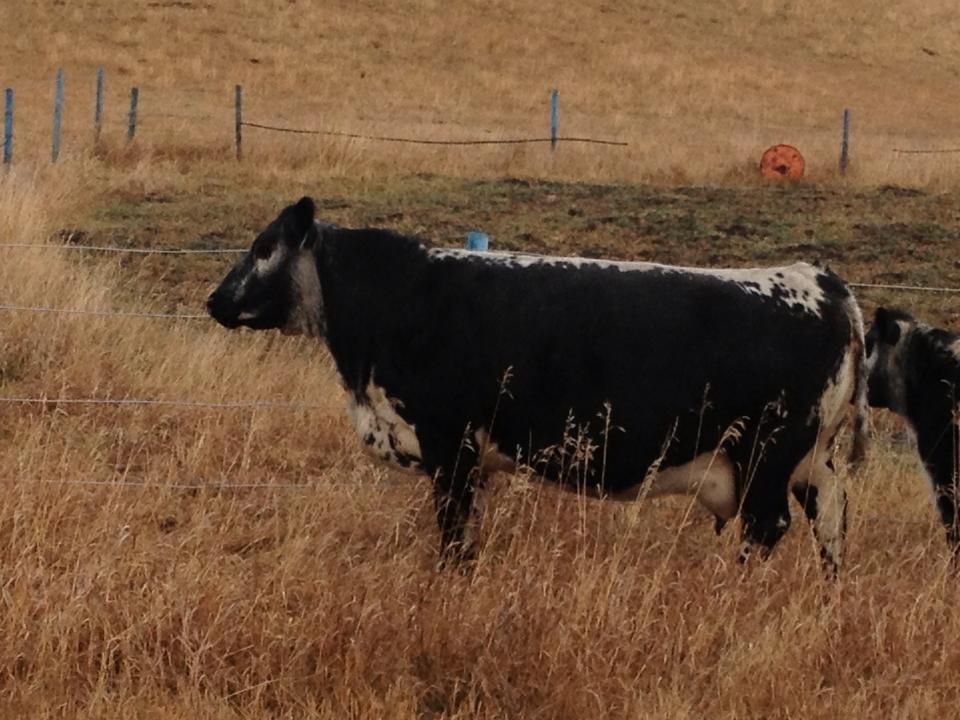 Lacy was shown extensively as a heifer calf, bred heifer and as a cow/calf pair at FarmFair and Western Agribition, placing well in her classes.

Lacy has been been kept in our herd to hopefully use in our donor program in 2018. 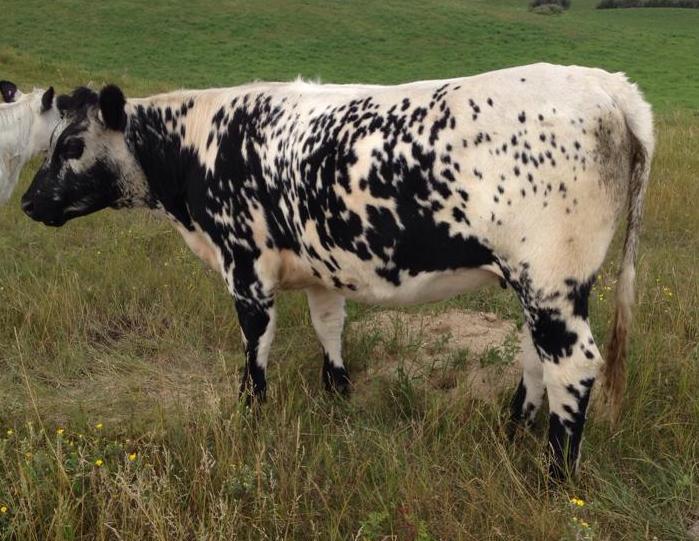 Fancy has been sold to INC Cattle Company and lives in Sask. now. She was Sharon's first Speckle Park home raised calf and had a special spot in her heart.

All of these animals had a special place in our hearts and added positively to our genetics of our herd. It was a sad, quiet day when we have to part with any of them.

Oops! This site has expired.

If you are the site owner, please renew your premium subscription or contact support.